Piotr Kukla - No plans on retiring any time soon!

Piotr Kukla will often use that word in this interview when he is talking about something or someone. A little afraid that he won’t be able to work in the Netherlands anymore because of his age, enthusiastic about his students at the Łódź Film School in Poland. Full of love for the directors he has worked with for years, and where storyboarding is sacred.

Sander Snoep has been a well-known player in the Dutch documentary scene for years and would never have expected to still be so passionate about his profession. He is still curious every single time he’s starting a project. How his films get made, in rain or shine, does not matter to him. As long as they come about.

Paul Özgür - In a hurry to make that one masterpiece

He’s aiming for a large audience. His work has to be seen by as many people as possible. He talks about balance, Dutch DP Paul Özgür. In style and story and also in his own portfolio. And then there are the rules.

A Gouden Kalf Award (Dutch film award) for her first feature film; that is what happened to DP Myrthe Mosterman in October 2020. In a Zoom interview, she talks about her style and how she prefers to work. NSC manifest New Deal pops up once again in this interviews series and it seems inevitable to address ‘being a woman’ within this ‘male profession’. But so far, she does not yet have to use a nom de plume.

There were five films on the shortlist for discussion with DP Jean Counet. Two feature films and three documentaries. Although Counet studied Directing at St Lukas, Brussels, he prefers to be a cameraman. But the conversation via Zoom kicked off with his own work, due to the March 2020 lockdown.

Martijn van Broekhuizen worked on the first season of Gangs of London and is currently shooting the second season.

Kelly Reichardt will receive the second annual Robby Müller Award. As part of the award, she will also receive a gallery print of one of Robby Müller’s Polaroids. 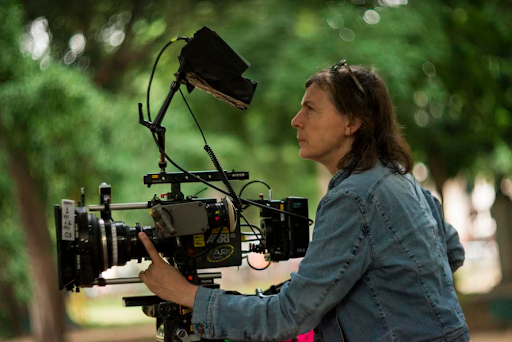 The sublime 3D dance film, Pina, is a homage to the world-famous German choreographer Pina Bausch, who passed away in 2009, just two days before shooting started. Together with the stereographer Alain Derobe, Hélène Louvart has shot sensual and visually breathtaking images in which the dancers of the 'Tanztheater Wupperthal', Pina Bausch's dance company eminently stand out. The dancers perform various choreographies, including the performances of 'Cafe Müller' and ‘Vollmond’. You feel you share the undying love for 'their' Pina. 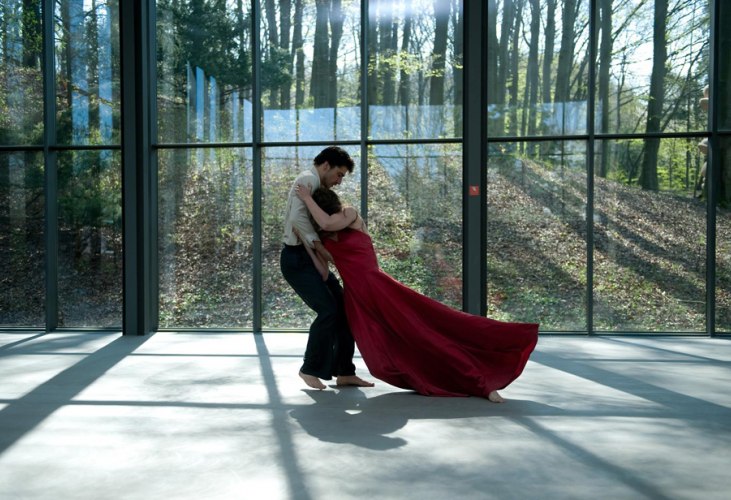 It was written at the time that Pina's 3D technique and execution surpassed that of the first Avatar movie in 2009. The choice for 3D makes this dance film unique and gives an extra dimension to the dance film genre in general. Never before have the dancers felt so energetic and tangible. Even for people who have little interest in dance, this is a beautiful and extraordinary film. 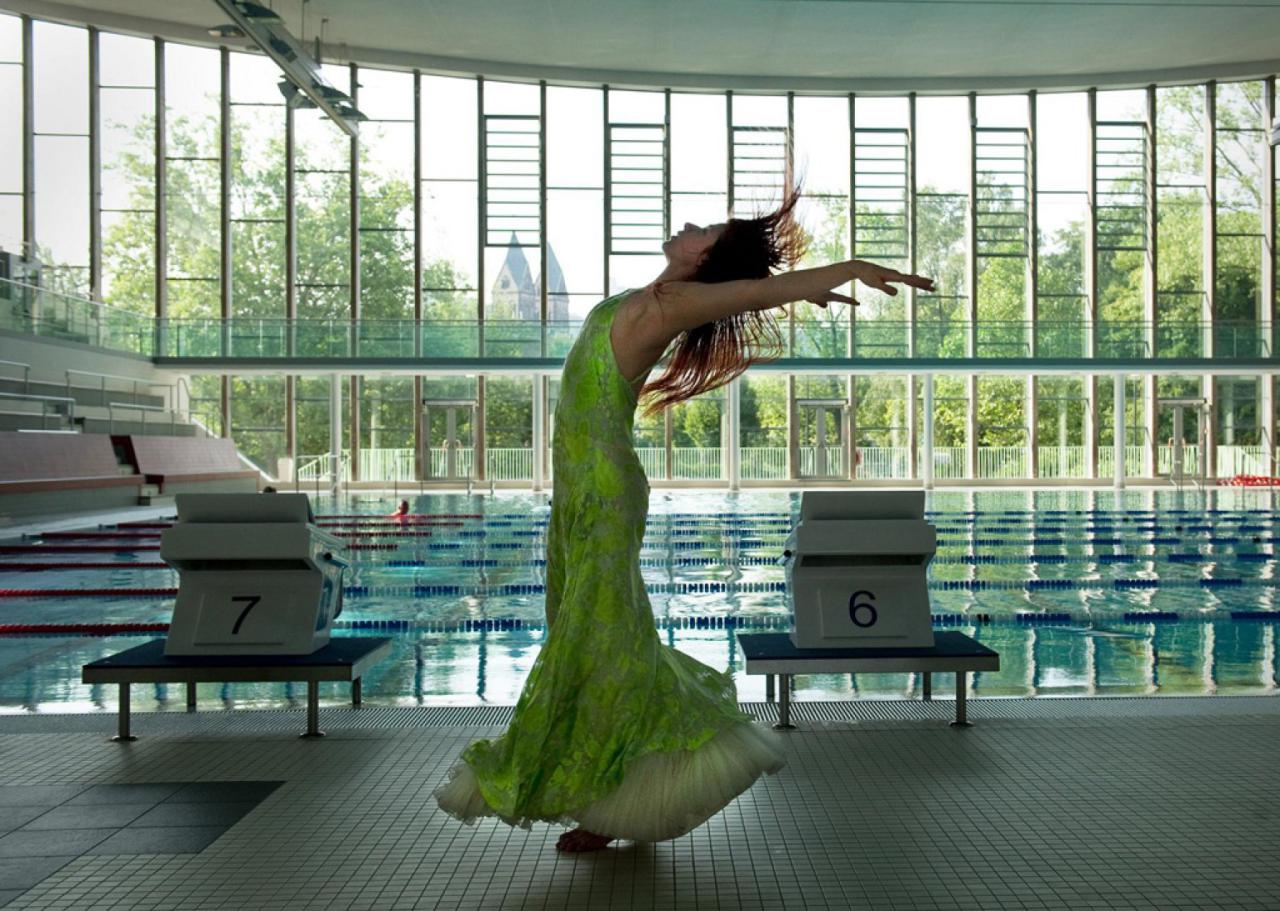 The use of 3D technology gives the film an exceptional added value. Louvart shot this film on Sony 1500 cameras and chose the 10mm and 14mm Zeiss lenses. In her opinion the best lenses to approach the angle of the human eye as closely as possible. These are fairly wide lenses and when she wanted to get a closer shot, she preferred to rather bring the camera closer than to change to a longer lens, which would compress the image to much. The realistic 3D approach gives an exuberant feeling to the audience as if they where not divided by time or space. For the live performances, she used a crane to get close to and in between the dancers, in order to create the feeling that you are alongside the dancers. 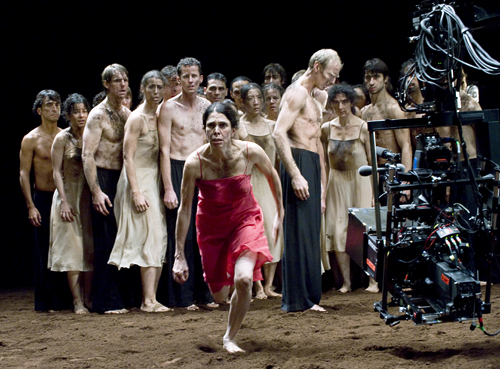 By taking some of Bausch's choreographies out of the theater and placing them outside, the various everyday locations in Wuppertal, such as the monorail, an industrial estate and the forest, are lifted above reality. The contrast of the colorful costumes and the gray reality of these locations, makes the image even more surreal. Louvart's photography primarily gives a realistic view of the world and she is interested in the infinite nuances of light and objects. She is a documentary photographer but never loses sight of the magic and poetry of reality. 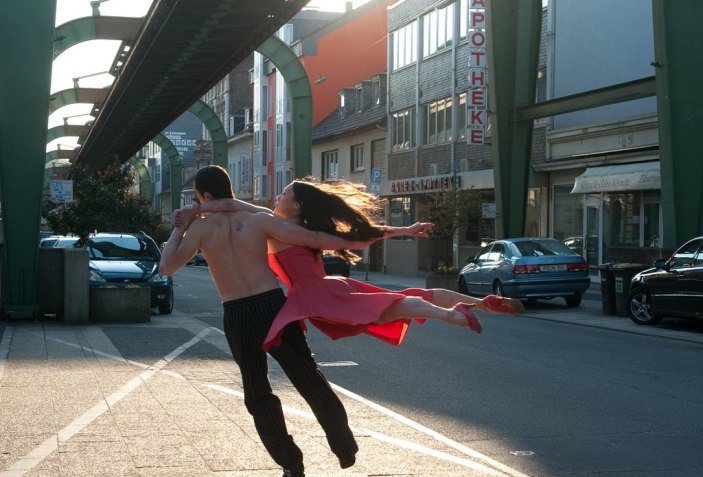 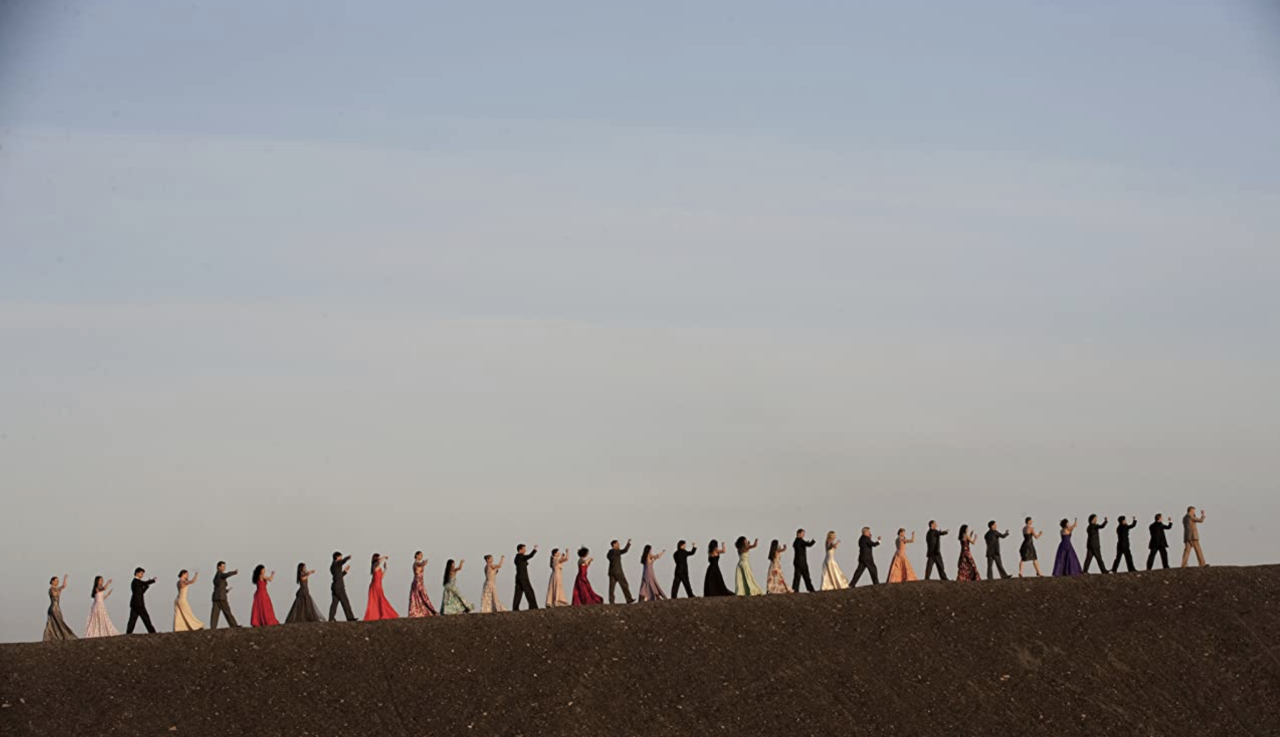 Louvart is a versatile camerawoman who sheds light on the masculine and feminine sides of the cinema. She prefers to focus on social aspects and likes to shoot large projects as much as small-scale art house projects.

“This is a stunning film, a glorious homage to modern dance and one of its premier authors and the best justification of 3D technology to date” ( ed. Reeling Reviews ) 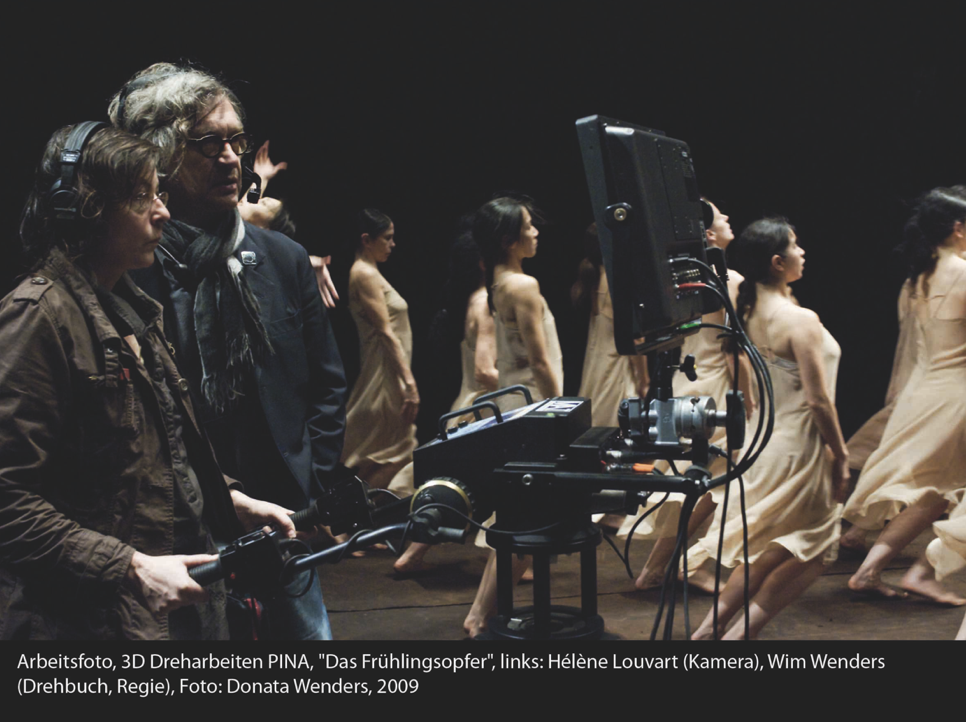 Hélène Louvart (1964) is a French director of photography. She studied at the Ecole nationale supérieure Louis-Lumière. Her career started with the film 'Y aura-t-il de la neige à Noël?' by Sandrine Veysset, with which she would make two more films. This was followed by countless films, documentaries and television series. In recent years she has worked with directors such as Alice Rohrwachter (Happy as Lazzaro), Agnès Varda (The Beaches of Agnès), Eliza Hittman (Never Rarely Sometimes Always), Jame Rosales (Petra), Maggie Gyllenhaal (The Losty Daughter) and naturally Wim Wenders.

Sources:
-Interview Wim Wenders about PINA & 3D » thefilmbook - edited by Benjamin B.
-PINA, a film for Pina Bausch by WIM WENDERS The Strength of Architecture From 1998.
-Pina - Reeling Reviews