Watch Here or OnDemand via de Vimeo Link at the bottom of this interview.

The Netherlands Society of Cinematographers is thrilled to announce that the documentary Living the Light – Robby Müller, made by Claire Pijman NSC, will have its world premiere at the 75th Venice International Film Festival and is selected for the Venice Classics competition. 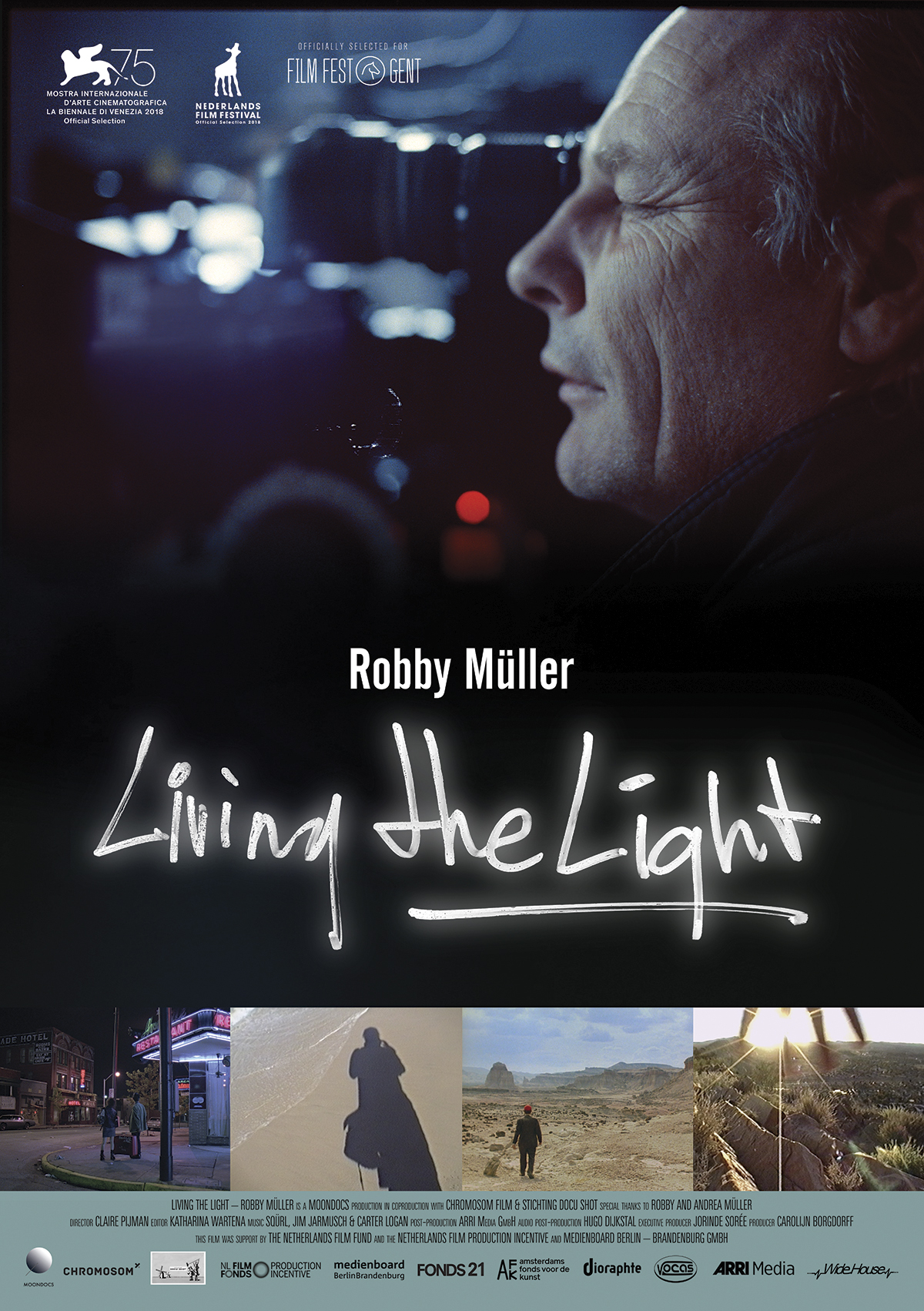 The documentary Living the Light – Robby Müller, tells the story of the legendary ‘Master of Light’ Robby Müller NSC, BVK, who passed away at the 3th of July 2018. As cinematographer Müller is best known for his work on films by Wim Wenders, Jim Jarmusch and Lars von Trier.

With his ground breaking camerawork and eternal quest for simplicity, Müller has encouraged generations of cinematographers to open their own eyes.

Even when the films he worked on finish, his images keep on moving. The light never fades because Müller always created space for the story to speak through the images. To come into the light.

Living the Light – Robby Müller, is the story of that light. Playing with the sun

Müller is one of the few people in the world who knows how to play the sun. How to catch it rays like butterflies. How to strike its beams like chords.

Not only does music reverberate and resonate from these tenderly spun threads of light, the camera turns into a instrument as well and the whole world dances, radiates and is illuminated. In front of a mirror

For this lyrical film essay Living the Light – Robby Müller, director & fellow cinematographer Claire Pijman NSC, had access to Müller his personal archive of thousands of Hi8 videos, personal photographs and polaroid’s he shot throughout his career. The film interweaves these images with fragments from his oeuvre into a fluid cinematic continuum. Together with producer & composer Carter Logan, Jim Jarmusch adds a musical voice to the film. The film is produced by Moondocs.

The 75th Venice International Film Festival is organized by La Biennale di Venezia and will take place from the 29th of August to 8th of September 2018.